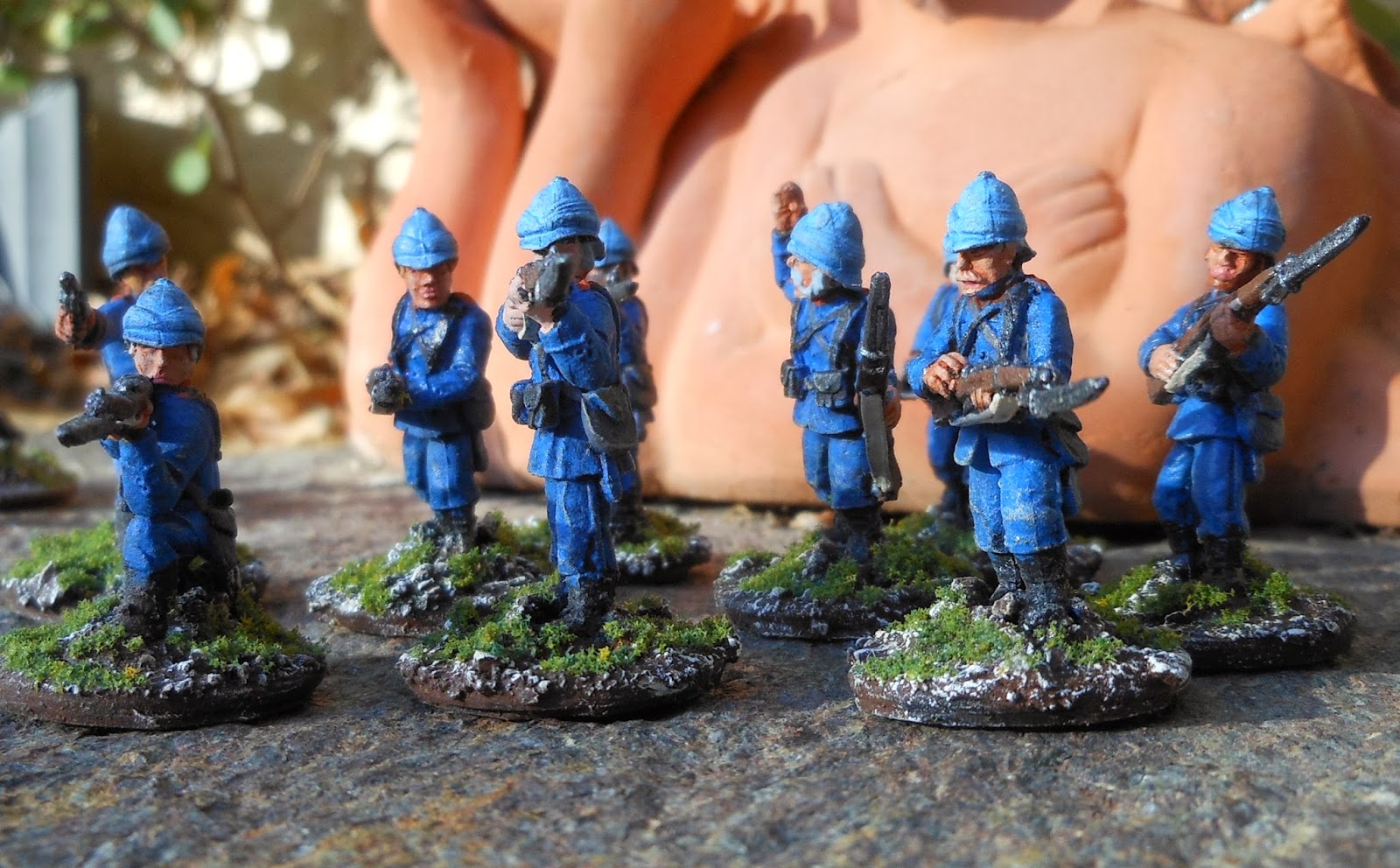 Throughout the latter part of the 19th century the KNIL, Royal Netherlands East Indies Army, was responsible for securty of the Dutch Asian colonies. In the early years the troops were made up of units of Europeans and units of colonials with European officers. Here we have a patrol of the former checking long lost ruins of some forgotten civilization in the outback of one of the colonies. 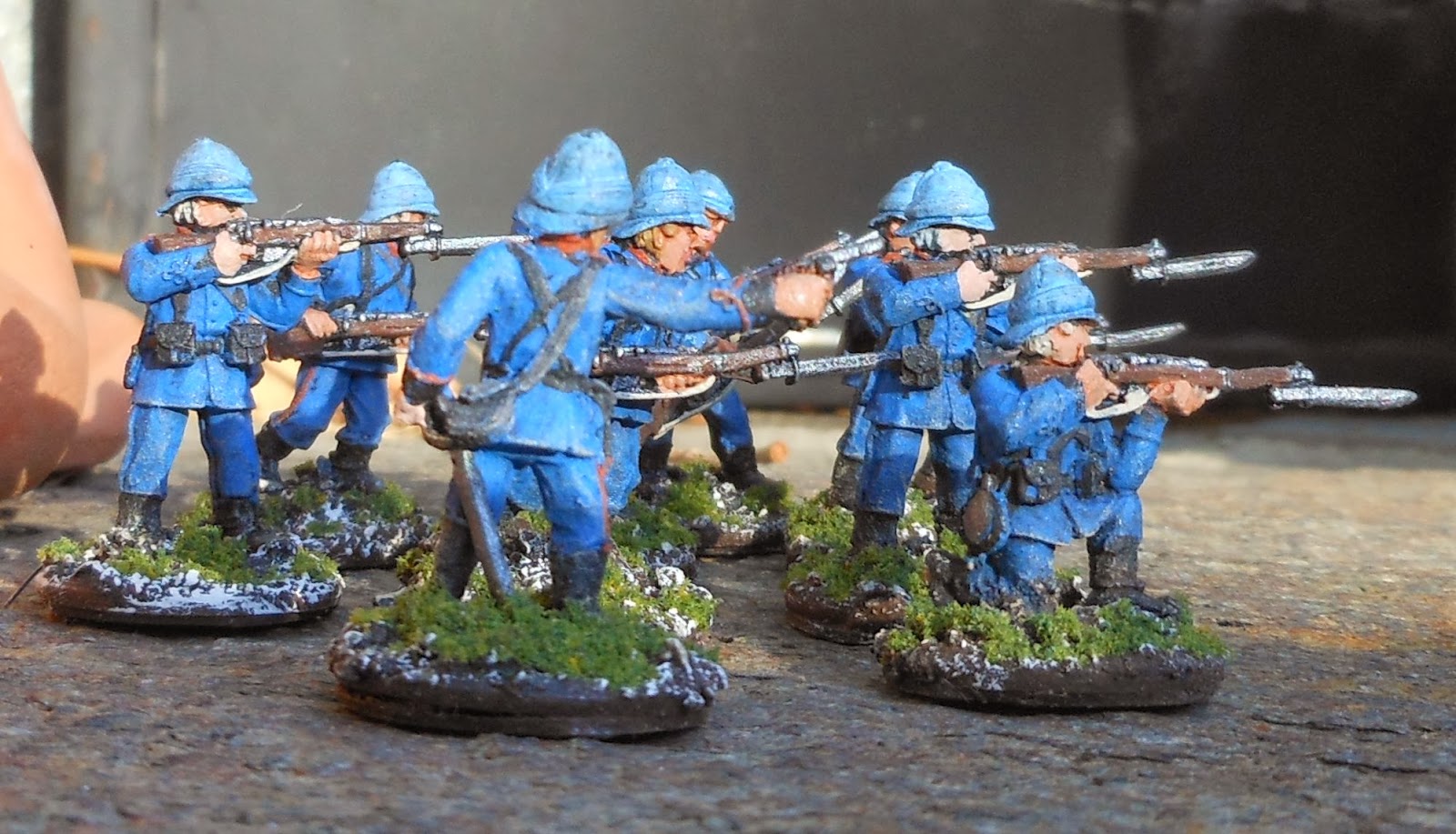 These are 25mm metal pieces designed by the old Game Designers Workshop in the 1980's. Richard gave me two boxes of them for Christmas, this is the second unit.
Posted by Ushistoryprof at 7:54 PM