"Ambush!" - Advance into the Unknown 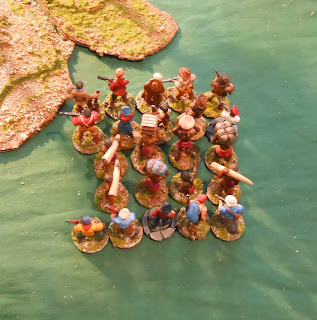 Having traversed through safe territory, the column of "trade goods" and "Freedom Fighter" escort enters territory that has not yet been scouted. 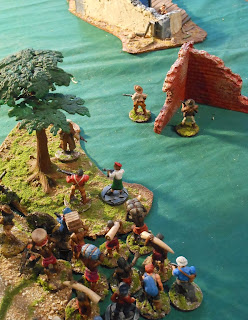 Having entered the forest with her command section Commander Aerogal has some doubts.  "Lets be on the safe side," she thinks as she sends Captain Della a' Morte's section forward in skirmish order. "Wait is that something moving in the ruined building?" 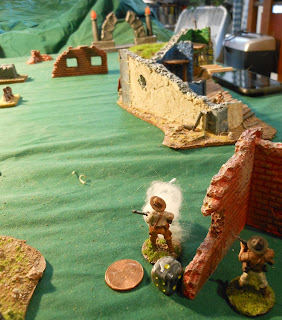 "LOOK OUT-RIFLE GRENADE!" But the warning comes too late for Bamse Roonvelt as it goes off at his feet. Yet while he is wounded he is still in action... 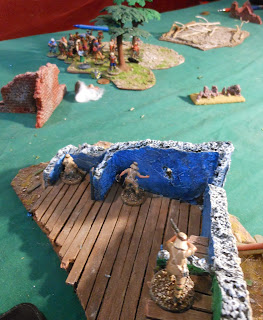 Until he is cut down by the expert shooting of Pvt. Lucas,  mean while Pvt. Adian on the second floor hits and pins Della a' Morte in the edge of the forest.  The Rebels have walked right into an ambush...but how bad of one?
Posted by Ushistoryprof at 11:49 AM