There can only be one Chieftain! 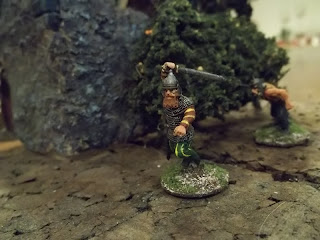 Unnoticed by his intended victim, Berifix sneaks behind Chieftain Visganvix, one swift blow and the village will have a new Chief. 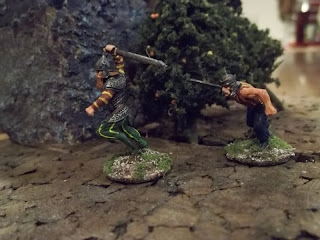 "A few more steps and the smarter man will lead,is that not the best way to chose a ruler," thinks Berifix as he prepares to strike. 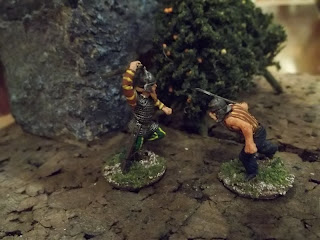 But Visganvix did not become Chieftain by lack of skill and luck, some sixth warrior sense has warned him in time to defend his life and his power. 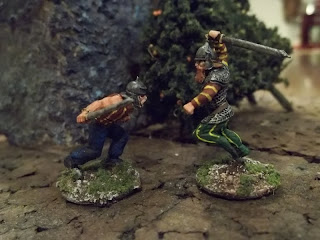 Now it will be skill, strength and the favor of the War God that decides who will rule their Belgi village!

Both warriors are 28mm plastic pieces from Warlord Games.
Posted by Ushistoryprof at 9:17 PM