Yep, Dead-But I Kept My Gold 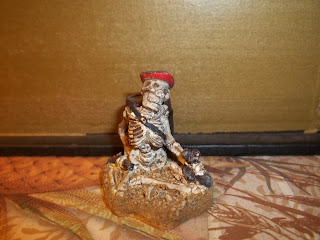 A pirate never wants to loose his gold, and Alt Gebeine is no different as he hold tight to his ill gotten gains. His left had hold his rusting pistol ready to protect his loot. 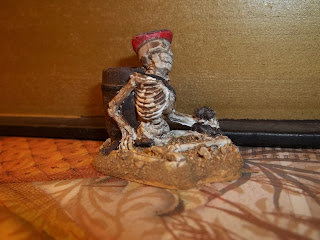 Well actually there is the slight difficulty that Alt is in fact dead and a pile of "old bones" but its the principle of the thing as Alt would say-if he could that is. 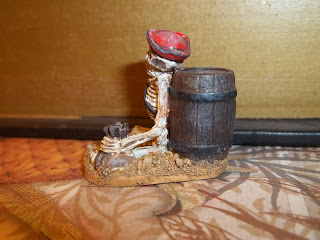 Alt is a plastic piece from Safari Limited and is big compared to most 28mm pieces. Even so he is quite suited as a background piece or creature feature for lots of game scenarios.
Posted by Ushistoryprof at 7:04 PM