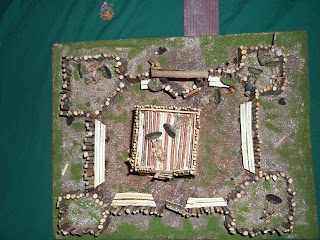 Disaster for the for Captain Hakmaster and the soldiers of the IBFF, the excellent marksmanship of the Red Guards has dropped every member of the post except for Pvt. Makanon. 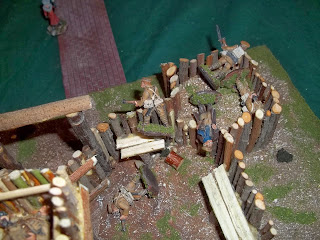 With the captain (and more importantly Sgt. Crutherson) down Makanon is on his own. 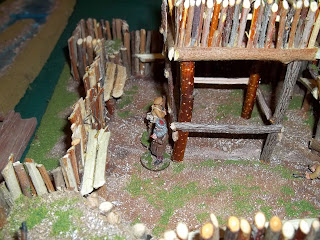 His duty seems clear, he must secure the prisoner, remove him from the post and search for the reinforcements before the Reds can succeed in their rescue attempt. 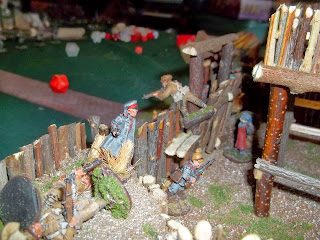 But the pvt. has waited too long, as the first of the foes, Commandant Grubemaker,  two of his troopers and Commissar of Special Operations, Sonia Hartlis have entered the post.  The latter is attempting to open the gate. 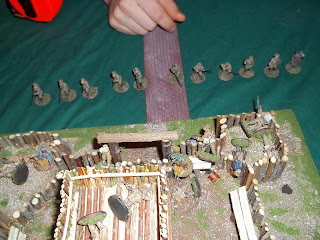 Outside the gate-the Red Guards are ready to fullfill their mission. 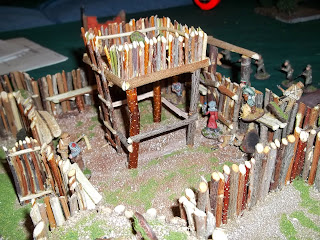 Seeing the enemy among the bodies of his fallen comrades, Pvt. Makanon is overcome by the moment and decides to take down his King Emperor's enemies rather than escape with his prisoner. (He passed his morale but failed his intelligence roll.) 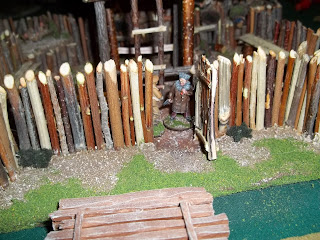 Makamon was a brave man but a poor shot, especially when Ivan tried to knock the pvt. down, and the former is dropped by a hail of pistol and carbine shots. 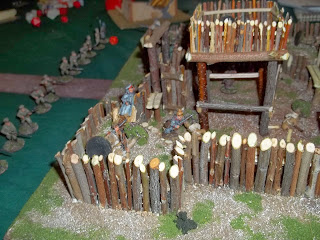 Makanon is down and Ivan Redngloy is unscathed, his luck has held as the shots that dropped the private missed Ivan. Rescue is now at hand. Knowing of the soon to arrive British reinforcements, Ivan encourages a quick withdrawal, and the continuation of his mission to bring the secrets of the Dragon Bones (see DB Adventure) home to his KGB Masters. 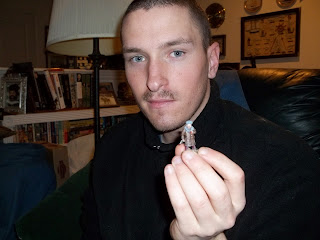 Ivan Rednglory and the commander of his rescuers- Lance Cpl Thomas Wall.
Posted by Ushistoryprof at 8:40 PM