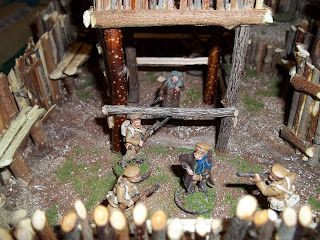 After his capture by the US Marines, Commissar Ivan Redngloy was transferred to the custody of the Imperial British Frontier Forces at the abandoned trade outpost of Massal. The small force (nine men one sgt. two officers) of veteran's under Captain Rudolf Hakmaster is waiting for a full platoon of IBFF reinforcements before they transport their prize back to brigade HQ. 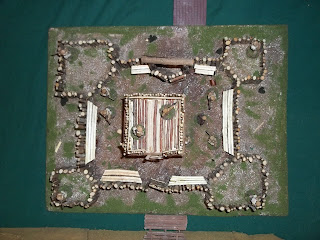 Not expecting trouble, but believing in being prepared, Captain Hakmaster has positioned half his men on the parapets of the old trade companies stockade. 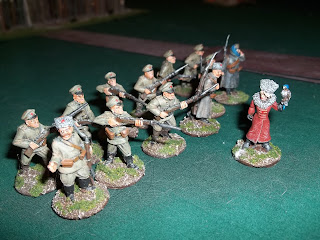 But the secret location of the commissar's imprisonment has leaked and a rescue attempt has been placed in the hands of Senior Commissar of Special Operations, Sonia Hartlis. Her main force is an elite detachment of eleven Red Guards under the leadership of Under Officer Mika Blunuse. 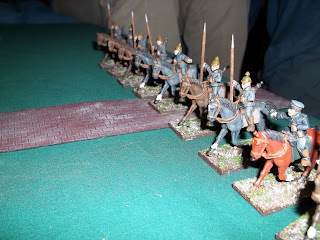 Addition support is supplied by a troop of nine mercenary German lancers, excellent fighters but of questionable loyalty if the situation goes South.
Posted by Ushistoryprof at 9:37 PM