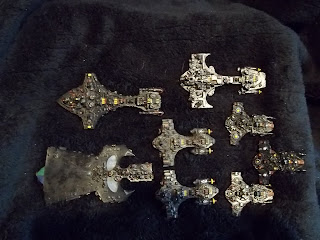 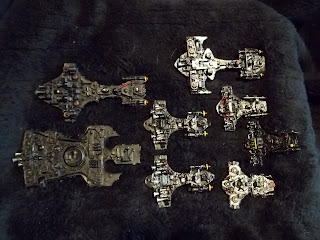 In their basic black paint they bring swift death to any invaders. 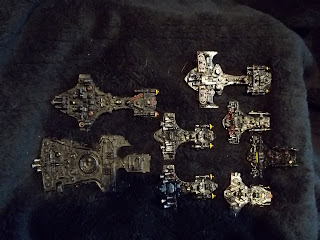 At the height of the first Star Wars craze of the 1970's many manufacturers came out with space fleets. Unfortunately the rules available were weak so these ships saw only limited action, basically sea battles set in space. These metal pieces were from Superior, I painted them in the late 1970's.
Posted by Ushistoryprof at 9:10 PM