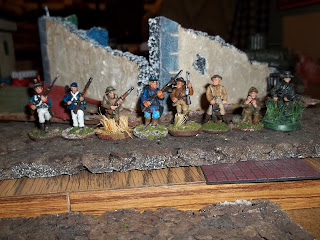 From the Shores of Tripoli to the jungles of Vietnam here stand the men of the USMC ready to fight for freedom. 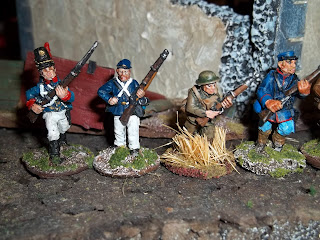 Our first fought pirates in Africa, the British in 1812 and Indians in Florida, the next fought brother against brother in the War Between the States. In a hurry to reach Belleau Woods, a "Devil Dog" from the trenches of the Great War has jumped positions with the veteran of the Spanish American War. 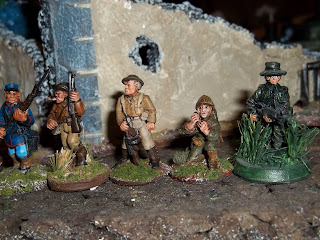 While fighting in the Banana Wars of the 1920's and 30's, this old leather neck stops for a quick smoke with his pipe. With his Tommy Gun in hand, our next Marine is ready for service from China to Wake Island. Calling in fire support in the tropic jungles of the island hoping campaigns of World War II. this radioman does his duty in Hell on Guadalcanal; while our last in line looks for VC in the steaming jungles of South Vietnam.  Two centuries of the 236 year history of the USMC-Happy Birthday.
Posted by Ushistoryprof at 7:05 PM