Mr. Walls is a walking firestorm of black powder pistols. His motto is never shoot once when you can shoot twice. 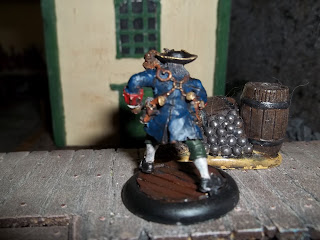 The men under his command know to never cross him, his violent temper is legendary. 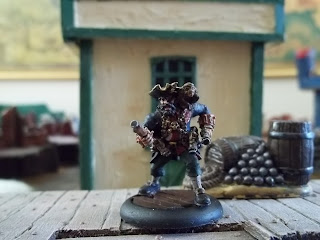 When the fighting is done Mr. Walls is responsible for dividing up the loot. He is a hard man but fair. No crewman has every accused him of cheating his shipmates (actually no crewman who wants to go on living that is). 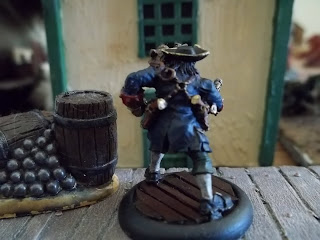 Mr. Walls is a metal pirate from Privateer Press.
Posted by Ushistoryprof at 7:22 PM