Yo Ho Ho a Pirates brother am I 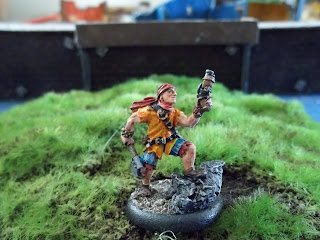 Pale Face is the younger (by two minutes) brother of Cut Face Pikeman. Both have taken to the seas as pirates. 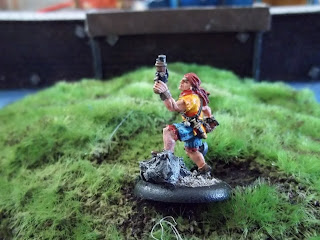 Pale Face gained his nickname when compared to the ruddy complexion of his older brother. The latter has the ruddy skin of his Indian mother while the former has his fathers lighter tint. 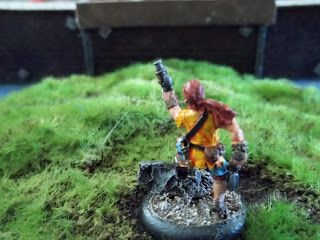 Perhaps due to the constant teasing he has received over his lighter coloring, Pale Face is a brutal and pitiless fighter, surrender is not a word he accepts.

Pale Face (Skylark) Pikeman is a metal piece from Privater Press for their pirates line of Warmachine mercenaries.
Posted by Ushistoryprof at 8:09 AM