White or Red, it's a Choice of Politics 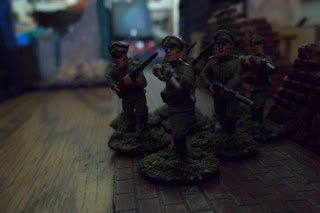 Coming out of the predawn gloom, a force of Russian soldiers advance towards heir enemies. In the violent post Great War Russia two political sides fought for control of the former Empire. Reds supported the new Soviet government while Whites were against them. 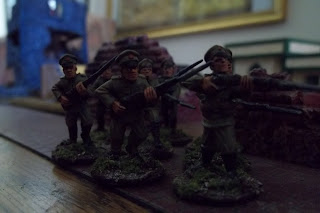 One of the greatest advantages of the Reds was that the Whites were never fully organized under one unified command or ideology. 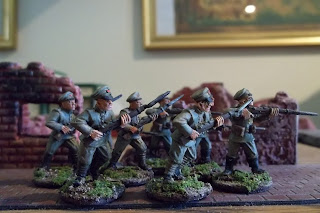 Both sides were initially armed and equipped with what ever equipment was available. Many, such as this unit, used former Russian military equipment as the Imperial Army broke up into rival civil war factions. 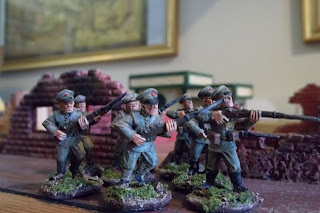 These are 28mm metal Russian Civil War Soldiers from Brigade Games "Storm in the East" line.
Posted by Ushistoryprof at 11:44 AM