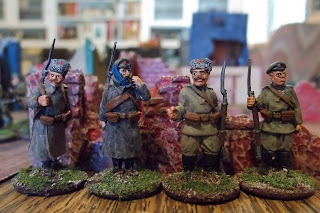 Four former Imperial Russian soldiers have joined the Red Army in the Russian Civil War. After three years of the Great War they now must face an unknown future of war vs the White Armies. 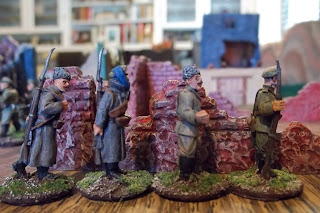 The cold is a bitter enemy as the White Army, so these men have bundled themselves as best as possible. 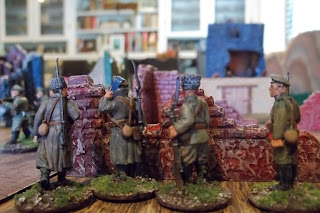 These are 28mm metal pieces from Brigade Games.
Posted by Ushistoryprof at 2:12 PM