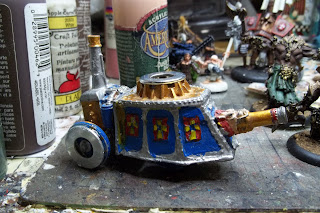 I bought this Games Workshop Empire "tank" at a yard sell and desided to do a simple and fast conversion of it into a VSF/Space 1889/Steampunk AFV. I didn't strip off the old paint as I wanted it to look crude. Here I have added washers over the wooden wheels and as the top of the commanders cupla. 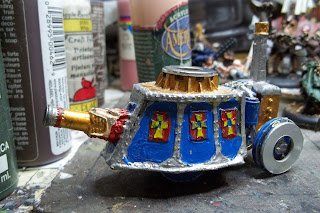 It will be converted into the SMLS (Sublime Majesties Land Ship)Hagen (the killer of Siegfried). Here I have added washers over the wooden wheels and as the top of the commanders cupola. 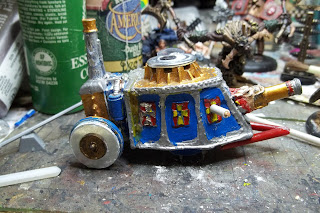 The commanders hatch and two Maxim machine guns have been added, as well as the hubs for the wheels. The initial frame for the battering ram is also visible. 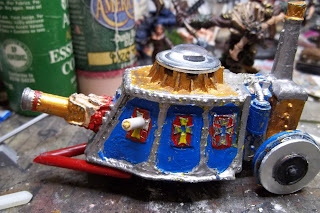 The base model is metal from the Warhammer Empire line from Games Workshop
Posted by Ushistoryprof at 6:35 PM