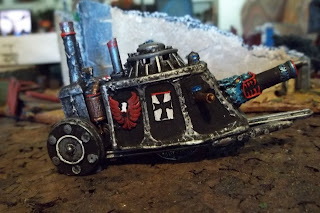 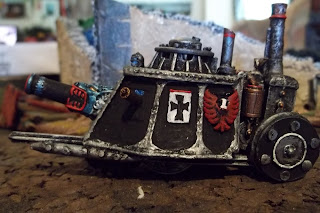 She is made of thick iron plating and armed with a field cannon and two of the newly invented Maxim machine guns. 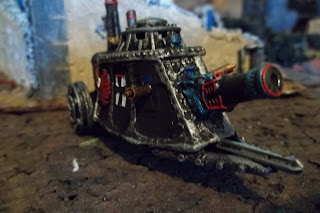 Twin stacks vent the heat and smoke from her steam engine. 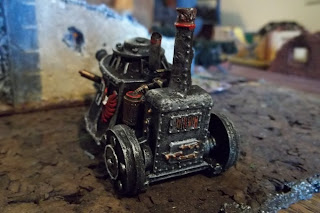 Being the first, SMSL Hagen looks somewhat crude compared to the most current designs. Crude or not she has demonstrated her worth on several fields reaping glory for the Empire.

SMLS Hagen is a remodel I did of a metal Warhammer tank from GW. See the previous post "SMLS Hagen WIP".
Posted by Ushistoryprof at 6:58 PM