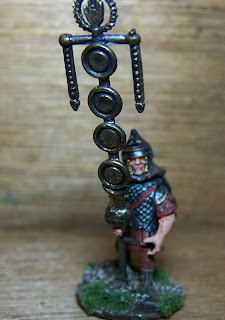 With his standard on high, Marius Lepadus, Aquilifer of cohort I of Lego VI (6th Legion) stands ready to lead his legionnaire comrades into the heat of battle. 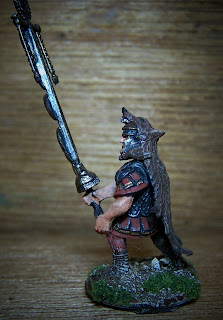 Marius Lepadus well understands the important position he holds within the Roman Army, his is the symbol of the loyalty and bravery of the legionaries of his cohort. 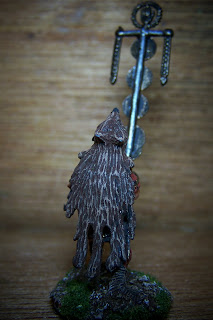 Always in the thick of the battle, the aguilifers were specially chosen for their bravery and steady nerves in combat. 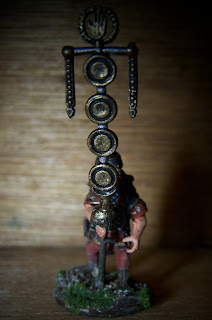 The wolf skin cape was a prized symbol of the high position the aquilifers held within the powerful Roman Army. 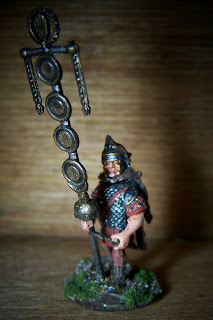 Marcus is a 28mm plastic figure from the excellent box set of Warload Games Imperial Roman Legionaries.
Posted by Ushistoryprof at 6:23 PM