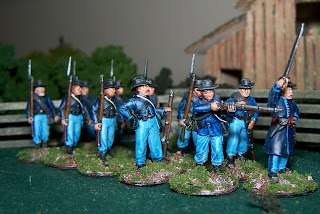 Capitan Klotze leads his Michigan men into combat against the Rebs with his battle cry, "Lets go you Wolverines!" 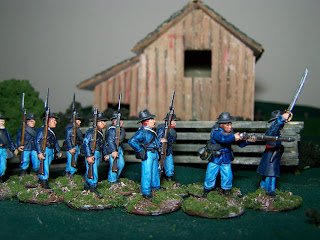 In the War Between the States, Michigan and its neighboring states were called the Western States. Battles fought west of the Appalachian Mountains were refered to as Western battles fought by armies of the West. 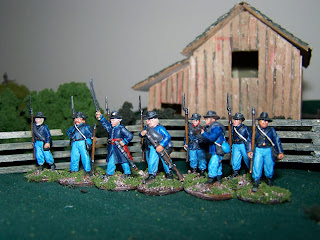 Western Union Regiments preferred the soft black hat vs the kepi that was more common in Eastern raised regiments. 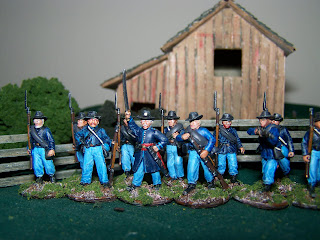 As with most of the infantry on both sides, these men were armed with .58 cal, single shot, "cap & ball," rifled muskets and triangular bayonets. The officers would most often carry a "cap & ball," revolver in .32-44 cal. 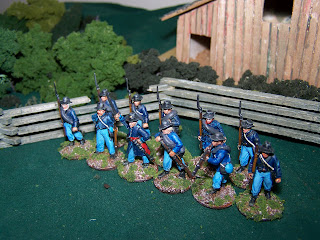 These are 28mm plastic pieces from Perry Miniatures.

Posted by Ushistoryprof at 7:29 PM