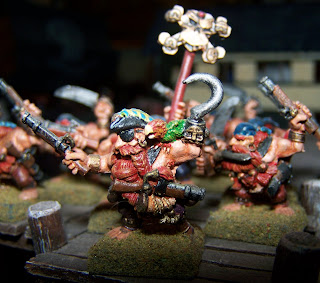 "Follow me boys," bellows Capt. Largefry as he leads his vertically challenged pirates crew in a raid on a small sea town. 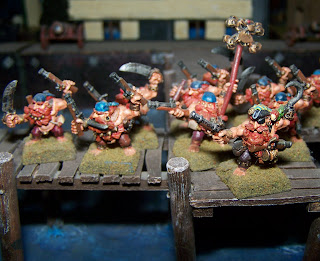 As bloodthirsty as their human compatriots, they compensate for their small stature with lots of pistols. Size doesn't matter, especially when you have lots of firepower! 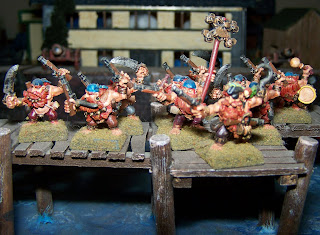 Dwarf pirates are among the most vicious pirates-they always aim below the belt, and those blades are sharp! 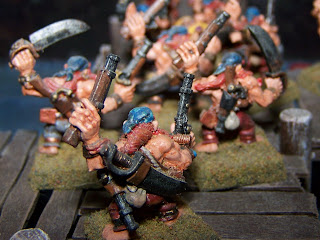 These are some of the metal Long Drong Slayer Pirates from Games Workshop that I painted at the turn of the century. I have two more units of them that I'll show later.

Posted by Ushistoryprof at 11:28 AM