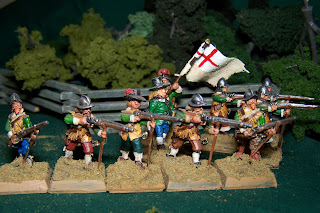 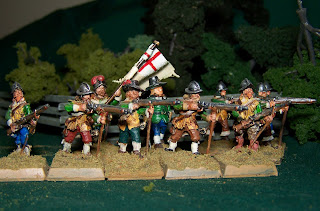 By the 17th Century the musket had developed into a key weapon on the battlefield. It was not yet the master of war that later improvements, including the bayonet, would make it into, but it was still deadly. 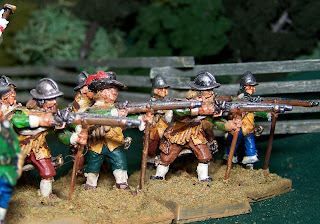 This detachment of musketeers was indicative of the thousands of such warriors that fought in the English Civil War. 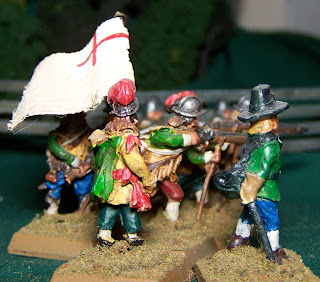 These are more metal 25mm miniatures cast in the 1970's by Minifigs and Hinchcliffe.

Posted by Ushistoryprof at 6:07 PM