Mystery of the Dragon Bones-Turn Two, Casualties are to be Expected 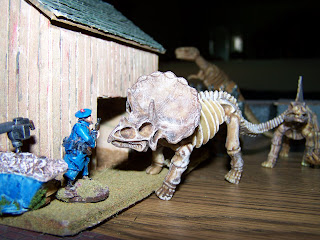 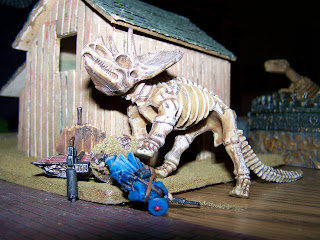 The combat is mercifully short. In its rampage, the horror from a world long dead, also smashes the HMG into a pile of worthless metal. (Routan passed his morale to face the monster and then failed to even hit the beast. The Triceratops literally did twice as much damage as needed to kill the brave but foolish marine and smash the HMG) 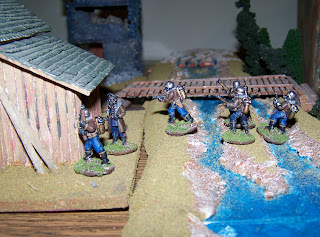 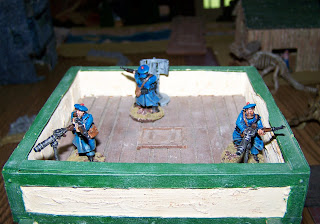 All weapons are maned and ready on the barracks. The two Lewis guns let loose a stream of lead into the British. (Being a night engagement sighting rolls had to be made, as several British soldiers had fired earlier they were easy targets) 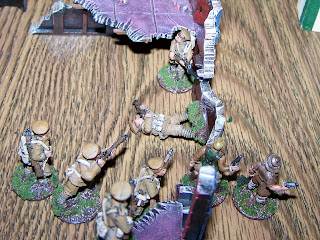 Pvt. Jones takes a fatal burst in his chest. Sgt Smithers is forced to take cover to avoid a similar fate. (Smithers failed his morale and ducked for cover when Jones took three hits from a Lewis Gun) 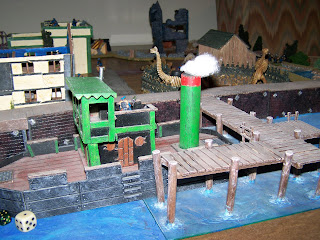 With the first burst of gunfire, per the Dragon Lady's standing orders, the Mon Cheri brings her engine on line. A smart villain
always has an escape plan. 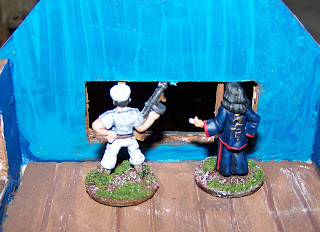 The Dragon Lady and Sam Shovel rush to a window to see what has happened to her prized reincarnations. In a moment of confusion they fail to take control of any of the creatures with the marvelous portable PRAM controls they both possess. (They both failed their intelligence rolls and tried to take over the same beast therefore canceling each other and allowing another turn of running amok monsters.)

Posted by Ushistoryprof at 8:07 PM