Mystery of the Dragon Bones-Turn Six, Danger in Every Corner 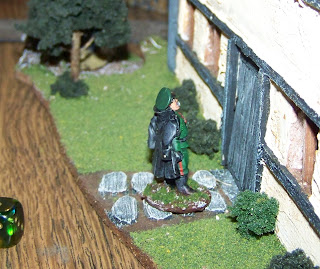 Leaving Zola with orders to lay down suppressing fire in the direction of the barn (Being engulfed in tear gas, this was easier said than done. Zola tried his best firing blind, but succeeded in missing everything even the massive Dragon Bones), The Colonel General decides to discuss their next plans with the Dragon Lady, he is also confused as to where his manservant has disappeared to. 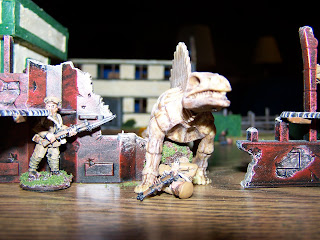 First bullets and now this, Sgt. Smithers is not having a good day. (At least his luck held and the PRAM was distracted by the body of the dead soldier) 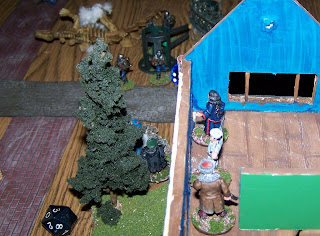 Intent on the actions of the PRAM's, neither Sam nor the Dragon Lady notice the secretive actions of Ivan. 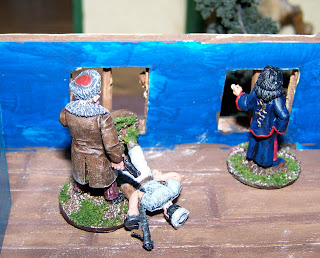 A swift blow to the head and Sam is knocked out and his PRAM control is in Ivan's hands as is the Dragon Lady (he assumes). 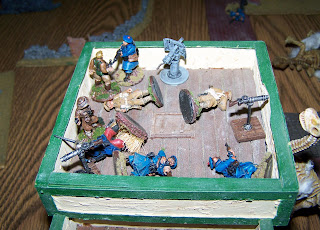 Major Fisttrigger regains his morale (a lot easier when it was apparent that the brontosaurus could not follow him). While Reidhammer and Andrian continue to exchange blows,each causing a heavy wound to the other as the melee continues.

Posted by Ushistoryprof at 9:06 AM