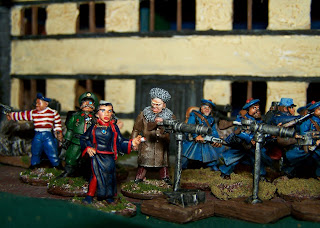 1920's South East Asia, and Madam Chang-the Dragon Lady has developed a diabolical new science involving "Dragon Bones." Her enemies are marshaling to steal her secrets, but she is prepared with her guards, assistant, allies and the Dragon Bones themselves. 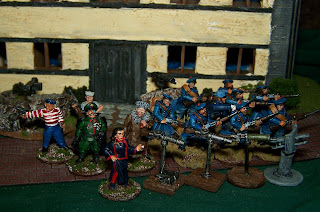 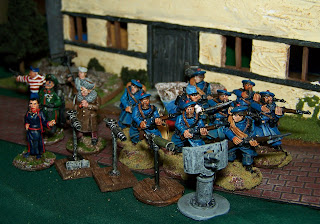 This is the first part of" the Mystery of the Dragon Bones," a pulp style adventure for 28mm figures. The French Marines and officer are from Renegade the rest of the miniatures are from Pulp Figures.

Posted by Ushistoryprof at 7:03 PM