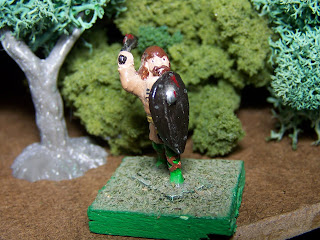 The men of a Saxon Fyrd were expected to supply their own equipment when called to do battle by their local lord. This warriors equipment is nothing more than his day to day clothing, a large shield and his club. The blood and gore on the latter would imply he knows how to use it to good effect. 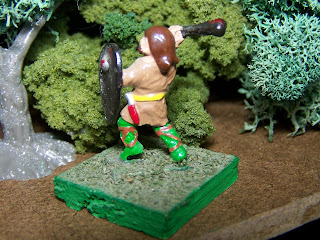 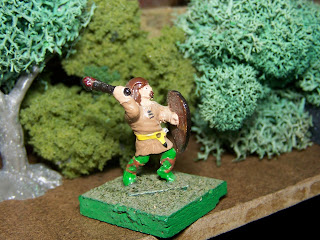 This guy was one of my very first attempts at 25mm metal figures. I painted him as one of a group of figures for my Grandmother, Dec. 24, 1976. I used Testors oil based paints,hence the high gloss look. The pieces were all Minifigs as those were the only 25mm metal figures sold in the area back then.
Posted by Ushistoryprof at 7:44 PM