When You want the Best send for the 10th 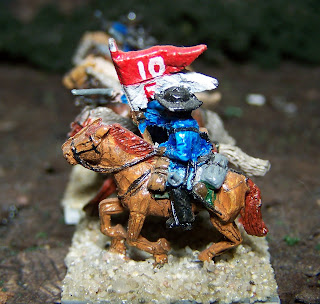 Recognized as one of the best US Cavalry Regiments of the late 19th Century, The 10th was one of the famous "Buffalo Soldiers" units. 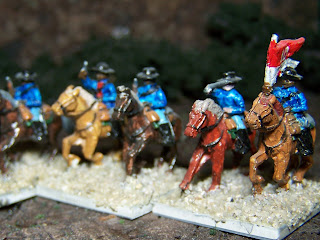 The 10th was a black unit with white officers. The most famous commander of the 10th was "Blackjack" Pershing. When offered command of the 1st US Cavalry Regiment (the lower the regimental number the higher the prestige the unit held) Pershing was said to have commented "why would I want to give up command of the best regiment in the army." 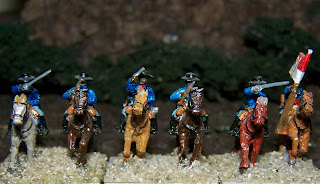 It is often forgotten that the 10th supported the dismounted charge of Teddy Roosevelt's 1st Volunteer Cavalry up San Juan Hill in the Spanish American War of 1898. 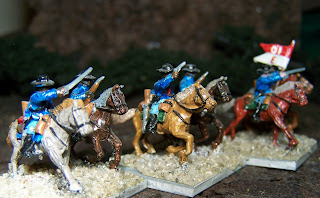 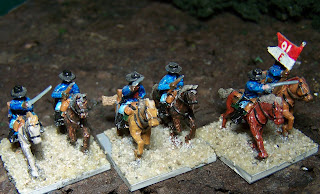 These are 15mm Heritage figures that I painted in the early 1980's, for my American colonialism army.

Posted by Ushistoryprof at 7:36 PM