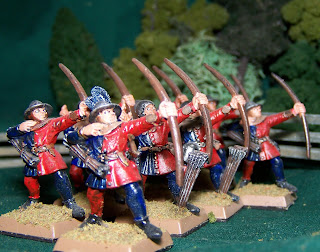 In battle after battle through the 100 Years War, the deadly longbow of the English Army bested the knights of France. Thousands of French knights met their doom attacking these archers of the English king. 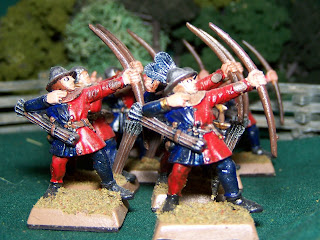 Shooting more than ten arrows a minute, the English & Welsh archers were able to send clouds of arrows into the French. The shorter ranged crossbows of the French meant that the crossbowmen were often decimated well before coming into shooting range of their own weapons. 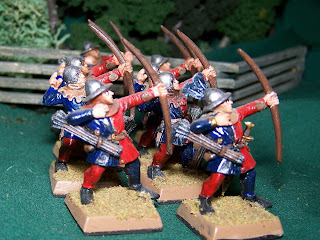 The are plastic Warhammer figures from Tom's Army that I painted in the early 2000's
Posted by Ushistoryprof at 7:11 PM