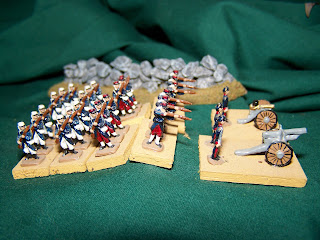 On the frontiers of their Colonial Empire the French Army ruled with an iron fist. This column of French Regulars, Foreign Legion, and Artillery held enough firepower to deal with any colonial threat. 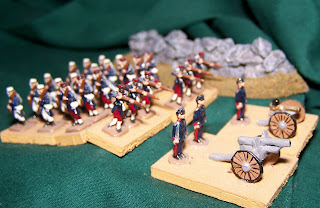 The infantry is well supported by a 75mm field piece and a rare Gatling gun. 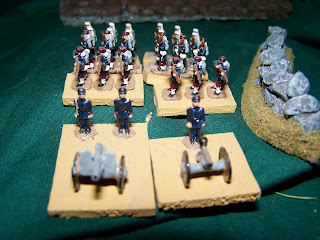 These Jack Scrubby "N" gauge metal pieces were painted in 1976 as part of my first Colonial forces.

Posted by Ushistoryprof at 4:02 PM