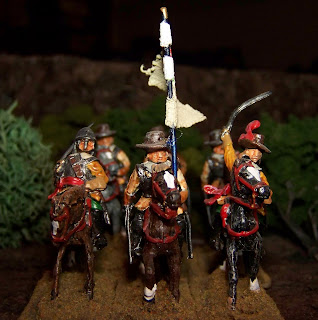 As dusk falls, a unit of Puritan troopers searches for Royalist forces. Long months of campaigning has worn down the men and their equipment, but their faith in their God and duty sustains them. 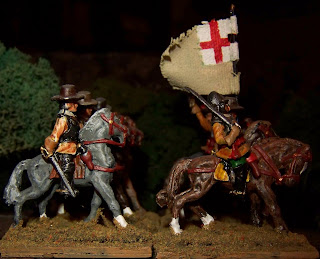 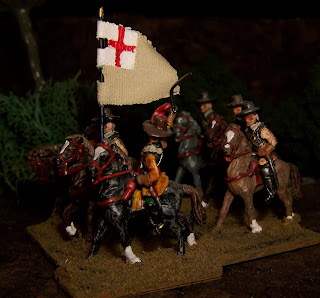 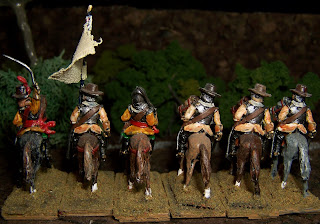 These metal 25mm figures were cast in the 1970's. While they lack the quality of detail of modern miniatures, these were the style of figures that made up the vast armies that marched on countless table top battlefields for a generation of wargamers. My own collection of Minifigs numbers in the thousands ranging from Ancient Egyptains, to 19th Century Imperial Colonial
troops and even to the far reaches of space with their troopers of the future.
Posted by Ushistoryprof at 8:24 PM