When You Care to Send the Very Best-Boom! 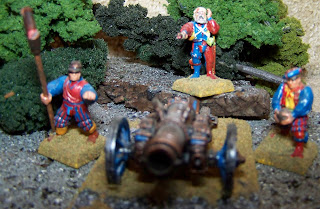 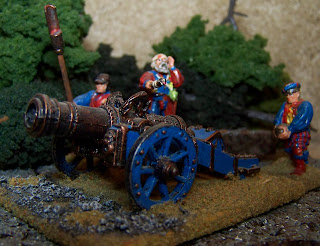 These are mercenary soldiers. In the Renaissance Era artillery was often owned by the crew who sold their services to the highest bidder. 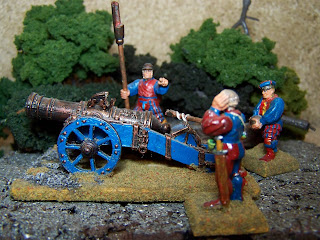 This unit belongs to Tom's Warhammer/Renaissance Army. They are plastic Games Workshop miniatures that I painted in the early 2000's.

Posted by Ushistoryprof at 6:30 PM