The Lace Wars, When Armies Dressed to Kill 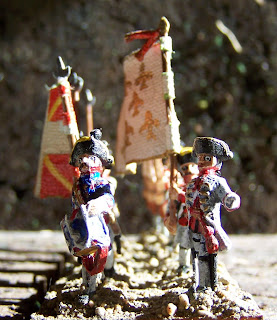 The Bearn Regiment of the Royal French Army marches to the sound of the guns in the battles of France from the Wars of the Austrian and Spanish Succession to the French and Indian War in North America. 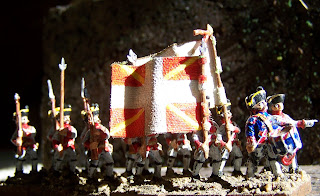 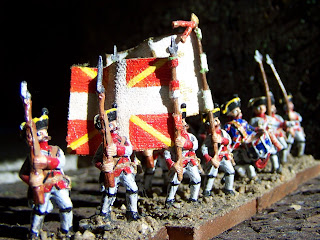 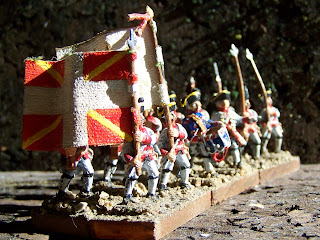 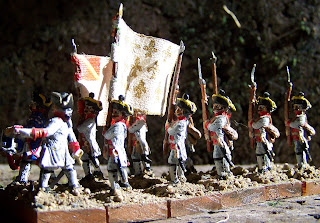 These are metal 25mm figures from Minifig. They were cast in the 1970's so the quality of the figures is well below that of todays miniatures. I painted these about five years back.

Posted by Ushistoryprof at 10:08 AM