Land of The Giants Two 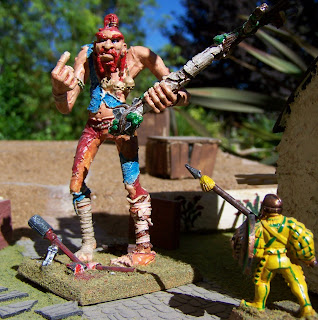 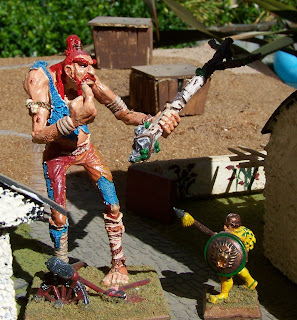 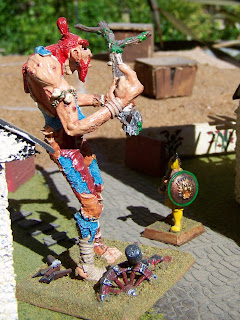 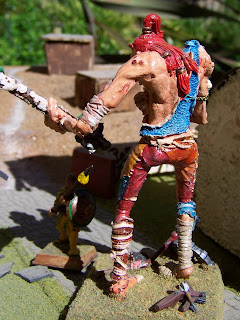 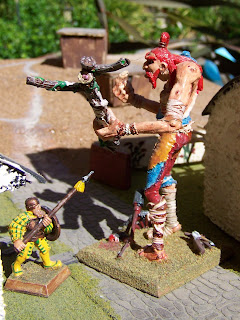 After chasing off the hill giant, the people of the small village face a true monster of gigantic size. Again, one of the town milita is first on the scene and tries to hold off the more aggressive monster. The giant is metal and the milita man is plastic both are from Games Workshop. The Avalon Giant was painted in the late 1990's the milita man in the early 1990's.
Posted by Ushistoryprof at 1:05 PM