The Japanese Have Landed 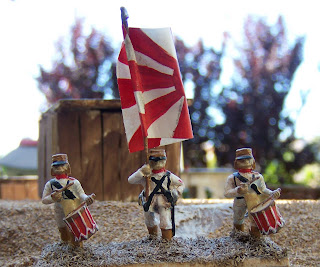 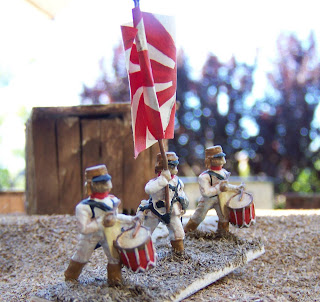 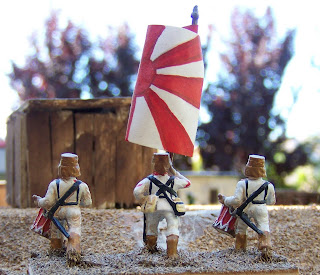 The standard of Japanese Imperial troops leads the way to Peking in the Boxer Rebellion of 1900. In the late 19th century the Empire of Japan was recreated as an European style Imperial power. After a rapid modernization program of the military and industrial base of the country, Japan began an imperialistic campaign against her neighbors that continued through the end of World War Two. In 1900, Japan formed one of the largest military contingents of the Allied forces that marched on Peking to relieve the 55 day seige of the European legations.
These are British 25mm Minifigs that have been modified to look like Japanese Imperial soldiers in their campaign uniform of 1900. These were painted in the late 1980's
Posted by Ushistoryprof at 1:15 PM