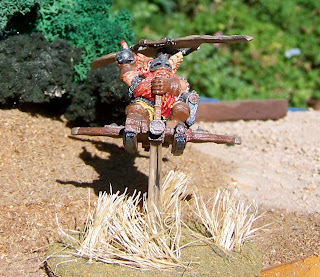 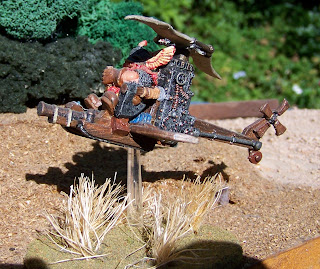 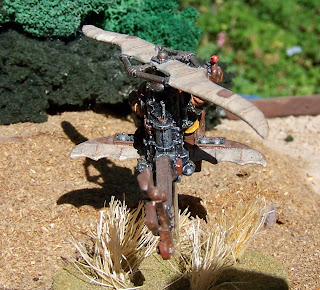 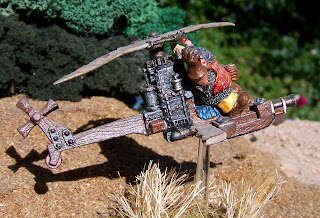 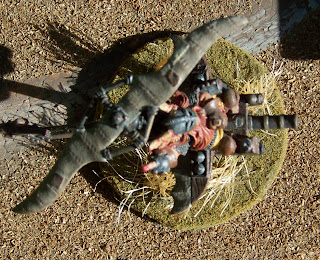 A somewhat crazed dwarf helio pilot readies a handgrenade for some close in air bombardment. The brave pilot (one would have to be very brave to risk his life in this contraption) is about to bringing terror from the skies to the enemies of his people. He has the fuze lit and readies his machine for the attack run. Armed with grenades and a steam cannon, this marval of dwarf craftmanship requires a pilot with real multitasking abilities.
This great metal model is from one of the older GW dwarf lines and in my opinion much better than their later design. I put him together in the late 1990's.
Posted by Ushistoryprof at 12:40 PM