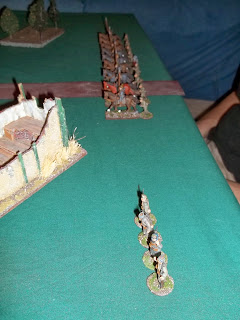 The battle line is ready, one fire team of the Red Guards will take up a position in the ruins. 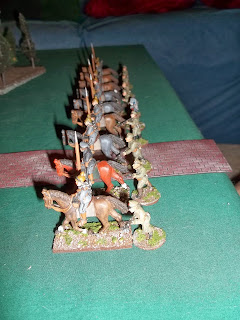 The rest of the Guards take a position behind the mercenary cavalry, both for protection and as "encouragement" for the troopers to earn their pay. The battlefield, birds eye view.  British reinforcements are due via the river crossing soon, but will it be soon enough. 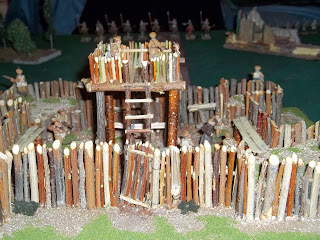 "Stand To!" "Enemy in sight." crys Lt. Mark Smithsbrother from the watch tower. Captain Hakmaster orders all men to the parapets and to fire at will. 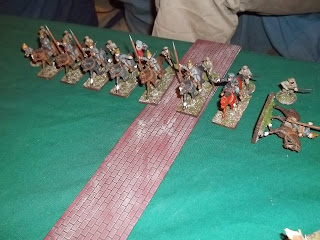 First blood. (In an error of judgment the captain told his men to aim for the horses to reduce the speed of the advance which it did but horses don't shoot carbines.) 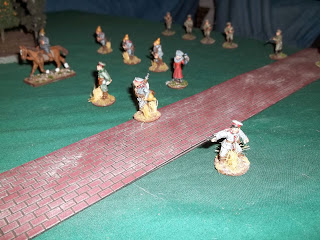 Excellent shooting has dropped all the horses but Commandant Grubemaker's. The loss of their mounts is disturbing but only two men have been lost. The remainder continue to advance while laying down a steady stream of firepower.   To the rear the Red Guards give supporting fire. 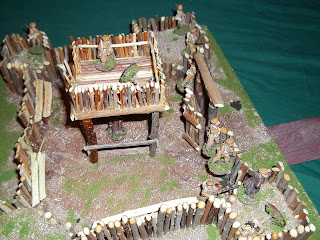 Pvt. Blodbottom is the first to fall to enemy bullets. While Lt. Smithsbrother is dropped by a horrible misfire from Pvt. Heckachers rifle. (A critical miss lead to the Lt's demise via a deadly ricochet.) 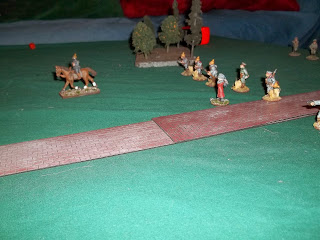 "Follow me men, you can't let a woman show us up" calls out Commandant Grubemaker as Senior Commissar of Special Operations, Sonia Hartlis runs past the dismounted troopers. 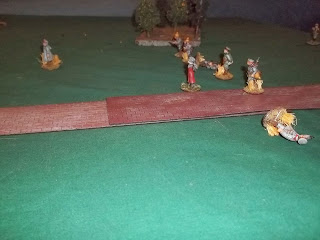 More good shooting drops the commandants steed and two more of his troopers. 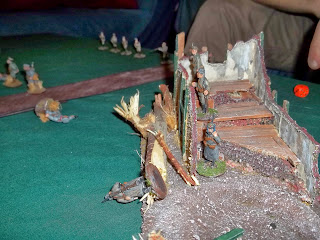 Igor Borisganski is the first Red Guard to fall for the glory of the Mother Land.  How will the rest of his comrades respond? 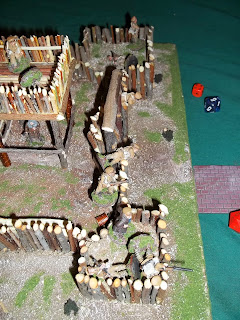 OMG, who taught those blighters to shoot? Thinks Capt. Hakmaster as Pvts. Smithers, Jonesy, Ralphman an Sgt. Crutherson are all taken out in one all too deadly round of fire.  With a worried look the captain glances around at his depleted force, help is coming he knows, but will it arrive in time...(coming up the end game)
Posted by Ushistoryprof at 8:45 PM