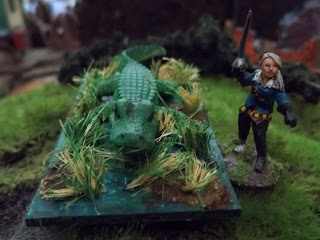 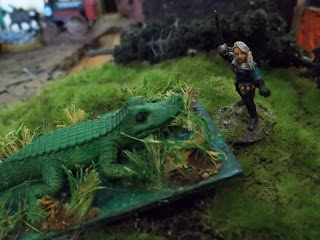 Maxilas was raised by Tersa de Naverra from a six inch baby to his current sixteen foot plus 1200 pound mass by a steady diet of raw flesh (including the bodies of several of Tersa's late adversaries). 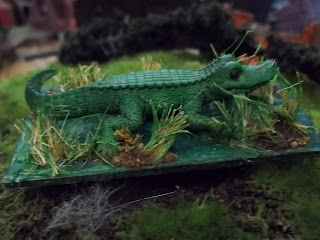 Maxilas lives in the Mangrove swamps that border Tersa's Caribbean sugar plantation. He has been trained to come to her beck and call and can follow several basic commands: "Attack, Kill and Eat" being three of his favorites. Watch dogs are obviously not needed by Tersa. 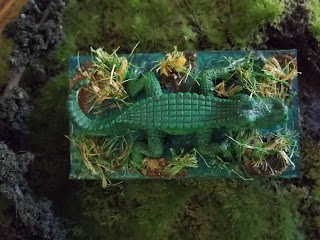 Tersa de Naverra is a metal 28mm piece from Brigade Games, while Maxilas is a plastic jungle cake decoration that I repainted and based.
Posted by Ushistoryprof at 5:27 PM