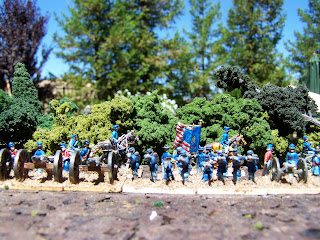 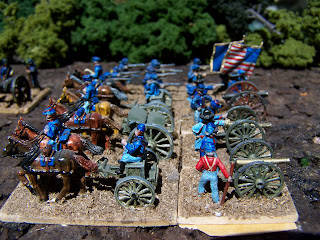 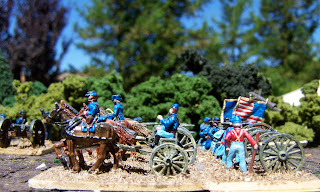 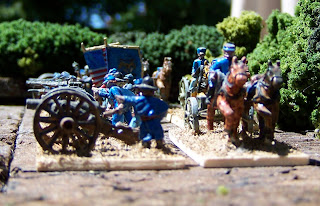 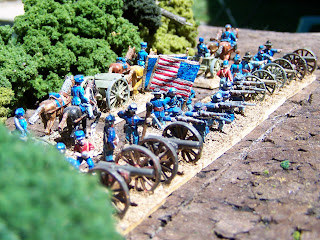 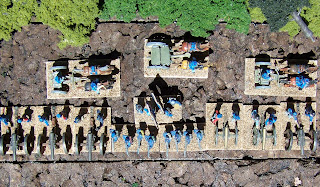 One of the major advantages the Union forces had in the War Between the States was their overwhelming numbers of excellent battries of field artillery. In our first shot from left to right we have Btty A, 1st Michigan, armed with 12 pdr rifled Parrot guns, next is close infantry support given by the 11th Michigan and then Btty H, 5th US Artillery armed with the superior 12 pdr Napoleon smoothbore and 12 pdr rifled Parrot guns. Photos two, three and four, are close ups of Btty H.
These units were part of the Union Army XIV Corps at the Battle of Chickamauga. Part of the critical Left Wing under General George H. Thomas, "the Rock of Chickamauga," it was units like this that held up the Confederate advance long enough to allow the bulk of General Rosecrans army to retreat to the relative saftey of Chattanooga.
These are 15mm metal Heritage USA figures that I painted in the late 1980's.
Posted by Ushistoryprof at 8:41 AM