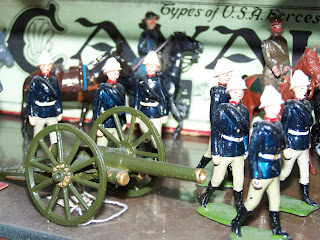 The Royal Artillery of Her Majesty, Queen Victoria, was a key component of the British Armies that expanded the Empire in the 19th Century. Many a native army was smashed by the accurate long range fire power of RA field batteries. 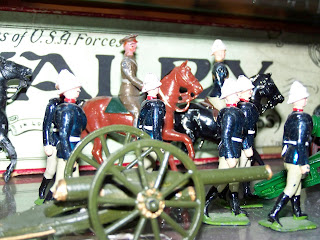 These are original Britain's toy lead soldiers made in the early 20th Century from my personal collection.
Posted by Ushistoryprof at 1:21 PM