Battle of the Frontiers-First Blood 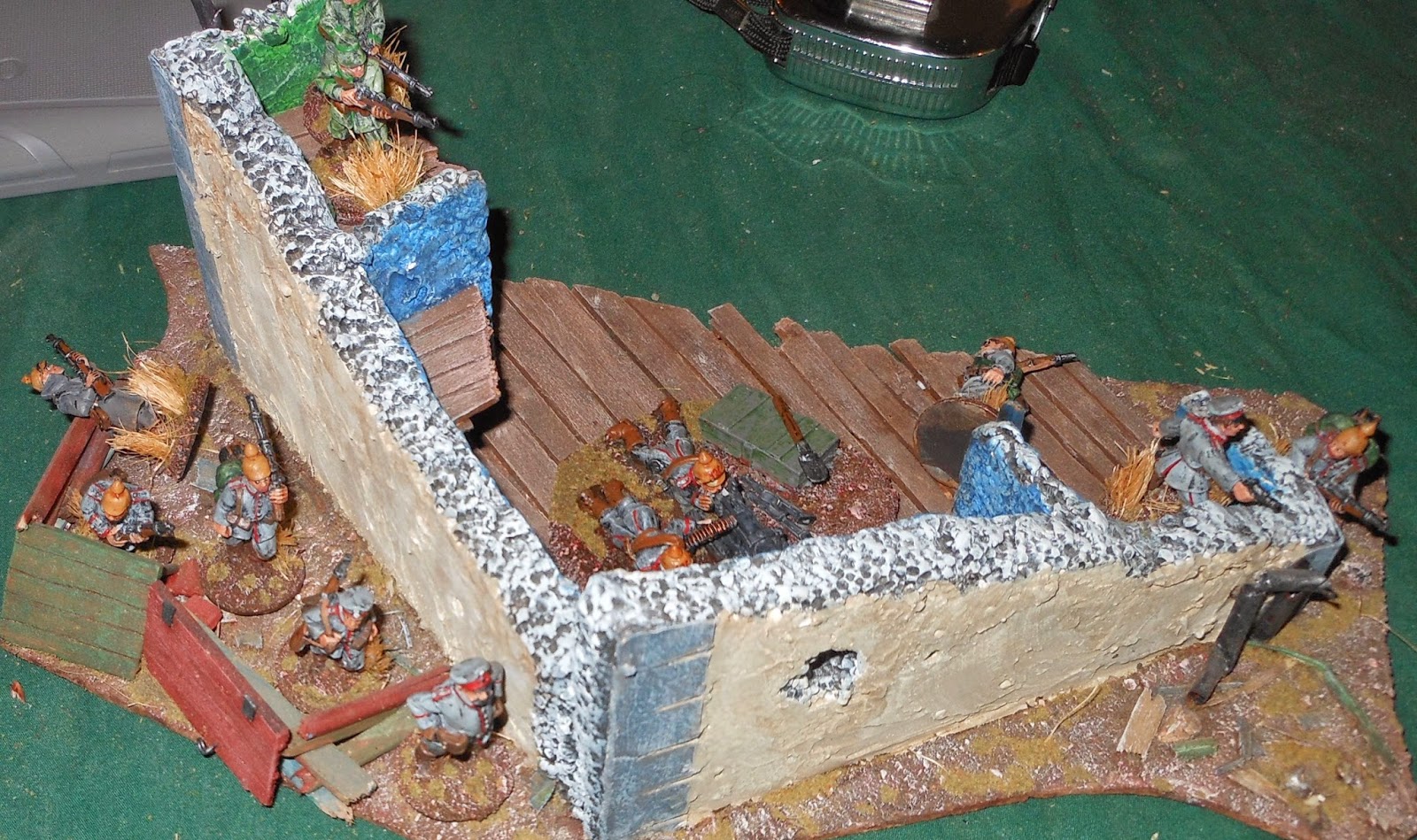 The Chassuers drop another invader of France. The grenadiers rush a ruin to get closer to the French while A section and the Jagers cower in the protection of the wood (a lot more successfully than the French).

On the French right 4th section looses three men in the forest and one in the ruins.  German marksmanship is very good and about to get much better! 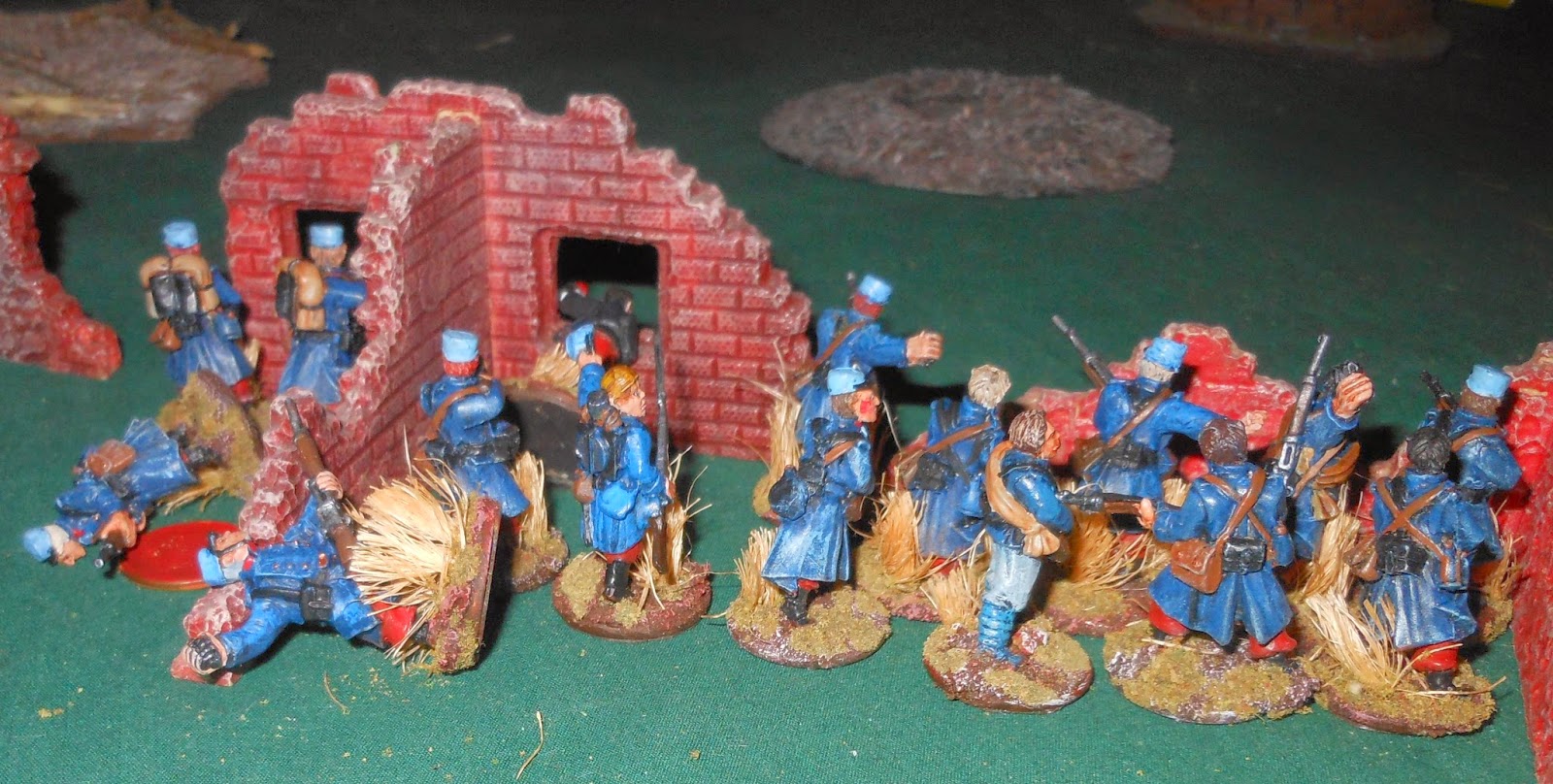 "SNIPER"-the last world Lt. Valois hears before the fatal shot takes down the leader of the platoon. the command section loses its sgt and a pvt as well. 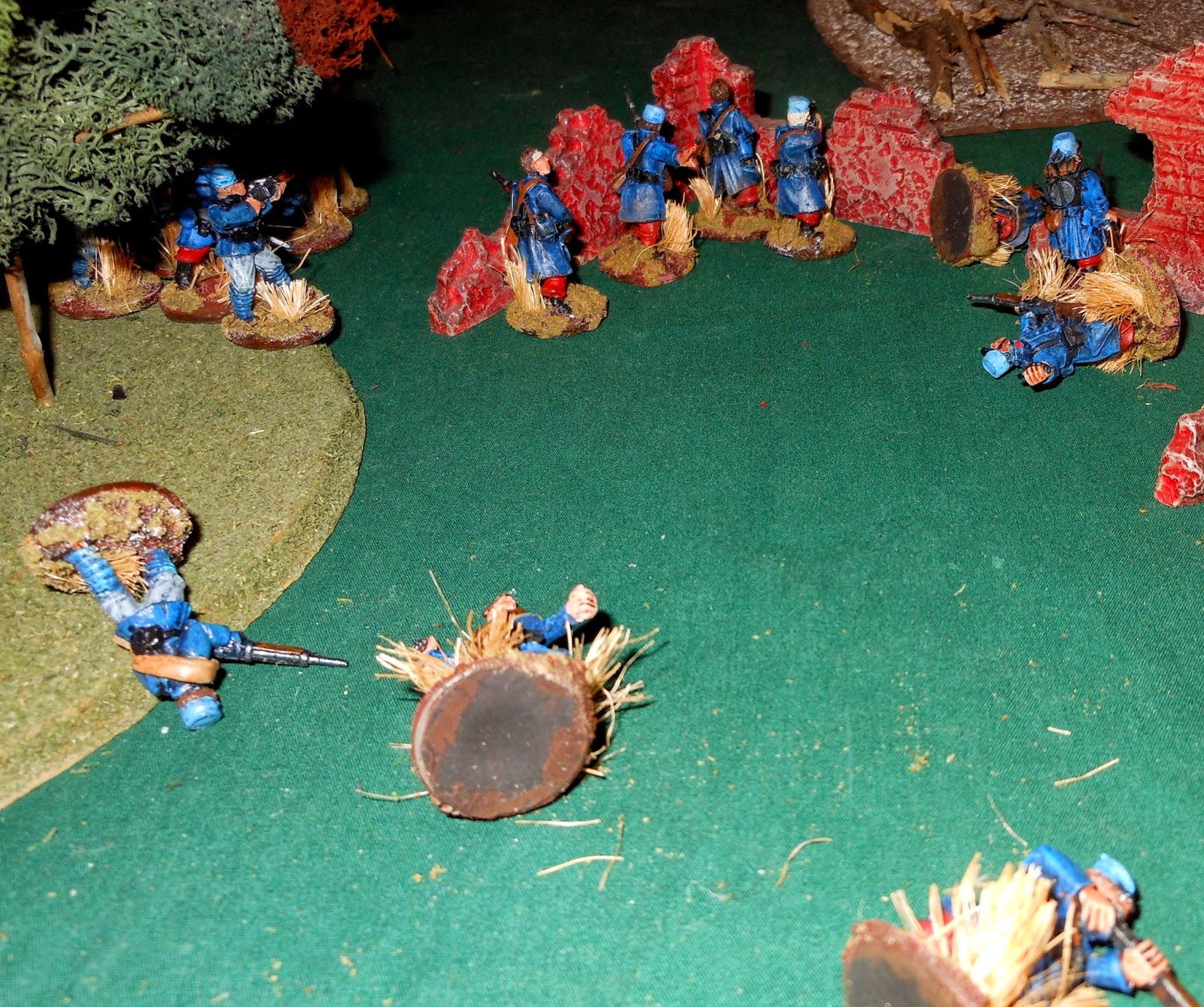 Things are worse on the left where a cpl, chasseur and two more privates fall for France.  French marksmanship seems on target but hits are few...is something wrong with the ammunition?
Posted by Ushistoryprof at 8:54 PM