And it only took one shot! 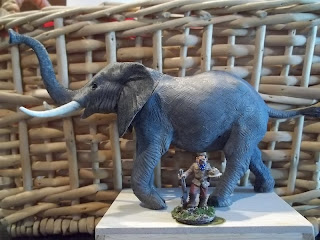 Colonel Dodoje Roonveld takes great pride in showing his latest trophy, a massive bull elephant that he bagged with but one shot from his custom built .475 Winchester. 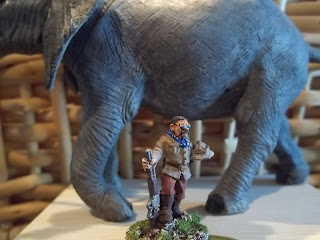 Although weak eyes are a family trait, his corrective eye wear allows him to hunt to his hearts content. 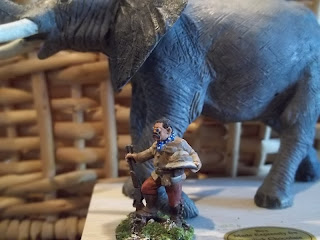 It was a great challenge to have such a huge creature stuffed and mounted at the "Club," it was well worth the time and money for the notoriety the Colonel has received. 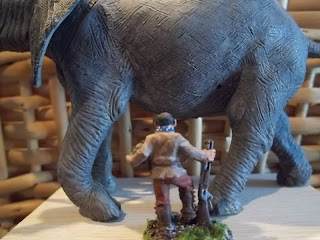 The colonel is a 28mm metal piece from Foundry.
Posted by Ushistoryprof at 3:40 PM