Every Battle goes better with Gunpowder 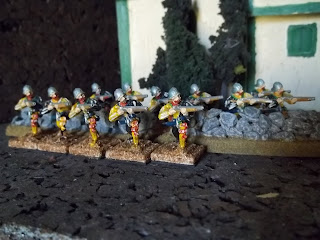 A group of Italian matchlock men ready their pieces in one of the countless battles among the city states of Italy. 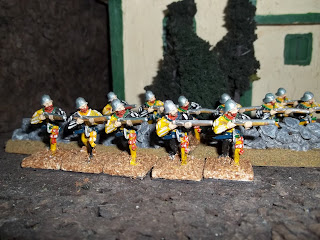 With the early matchlock, gunpowder became a true power on the battle field. Heavy armor could not stop a matchlock ball and soon the day of the heavy armored knight and man-at-arms was coming to a close. 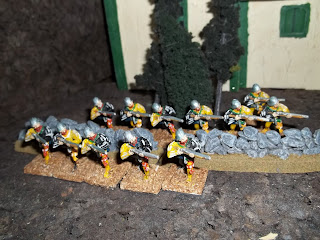 These are 25mm metal figures from Hinchcliffe that I painted in the early 1980's.
Posted by Ushistoryprof at 7:47 PM