Dragons vs Mages-Battle to the Finish 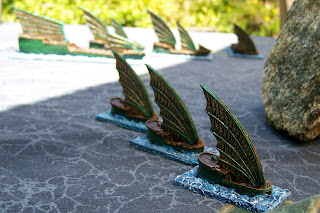 A battle royal between a fleet of Dragon Lords and Shroud Mages is brewing. The proud Dragon Lord Fleet contained the Battleship Quetzalcoatl, Cruisers Xiuhcotal & Shen Lung with the Frigates Apep, Galeru, Jabberwock, Yam-Nahar, Smerg and Nessy. (Here are the pictures of the battle between Shroud Mages forces of Thomas and my Dragon Lords and it was deadly.) 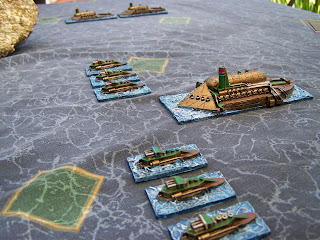 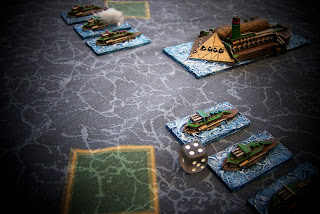 First Blood to the Dragon Lords as Alchemy takes a hit from Cruiser Xiuhcoatl.(the Dragon Lords were abandoned by the dice gods in the early stages of the game, I only one imitative once in the first seven turns and that was by using a strategy card. On the other hand Tom's were hot as always-I really have to take that boy to Vegas some day) 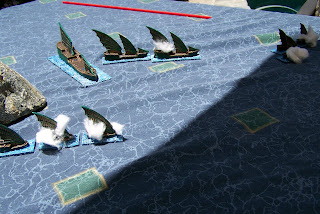 Best to leave sleeping Mages alone as the return fire was devastating on the Dragon Lords. Hits were scored on the frigates Yam-Nahar (sunk), Smerg (sunk), Nessy (sunk), Apep (sunk) and a critical bridge hit on the Zeng Lung . In return Sorcery was sent to the bottom. (Not a good turn for the Dragon Lords. Yet it could have been worse, Radtagast using 12 dice with eagle eyed gunners-whiffed funniest event of the entire battle.) 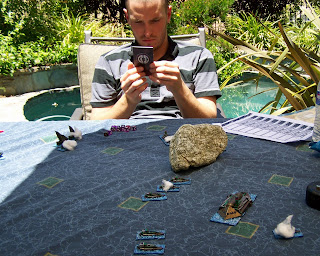 Thomas, Admiral of the Red, readies his next decisive blow against the forces of the Dragon Lords. 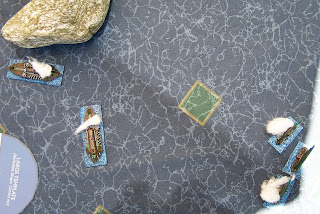 As the Dragon Lord frigates burn, hits are scored on both Mage cruisers. Sorceress takes a critical to her steering-which she promptly repairs (Tom's hot dice again). 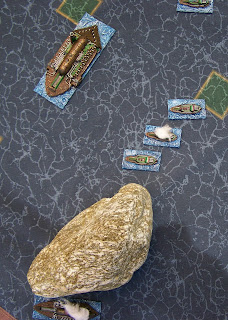 The Mage frigates charge forward like wasps while the Radtagast pounds away at medium range. (One advantage the Dragon Lords have is speed as the Mage cruisers and battleship were very slow in this engagement.) 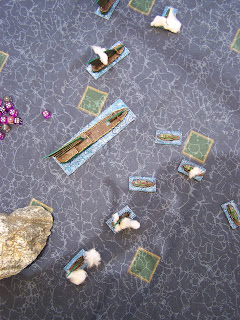 In a flurry of shooting the last Dragon Lord frigates are sent to the bottom and the Mage frigates set about stinging the Quetzalcoatl. (Just one hit a turn from stern rakes-but those add up after awhile.) 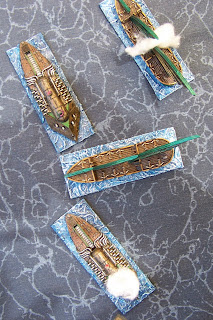 In an act of desperation, Xiuhcoatl closes to point blank range, fires both broadsides, and misses! Shen Lung sinks and things look bleak for the Dragon Lords. 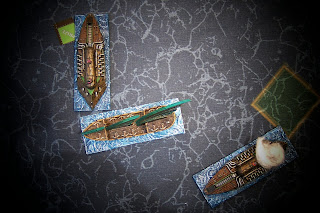 Sorceress rams Xiuhcoatl who promptly captures the cruiser in a brutal boarding action. Things are looking a little better for the Dragon Lords. 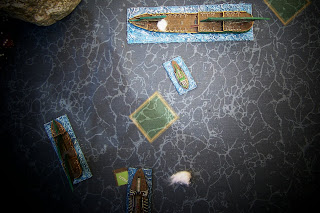 The Quetzalcoatl maneuvers violently to try to A)get in effective range of the cruiser Wizard B)keep out of range of the slowly advancing Radtagast, C) smash as many of those pesky frigates as possible and most important D)avoid hitting that blasted rock island dead ahead! 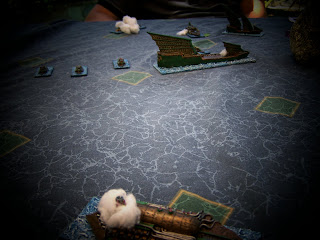 Yet another stern rake! (All the capital ships have been taking steady damage throughout the battle, the next turns will tell the tale.) 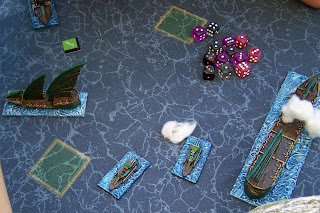 Another frigate bites the deep, but the Quetzalcoatl is now suffering from heavy damages from the constant pounding. 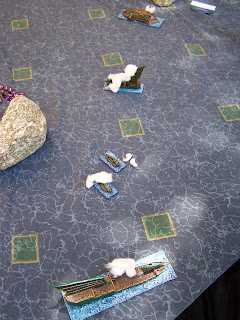 The Radtagast finishes off the Xiuhcotal, the Quetzalcoatl sinks the Wizard, the frigates are going down and the captured Sorceress slowly sails away to safer haven. 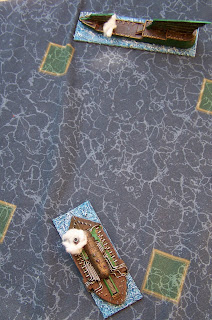 The battleships are all that survive, and they pound away as the range closes. 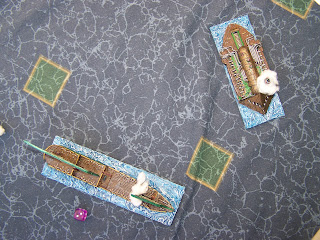 The final fight is ready between the battleships and each is already severly damaged. With a final blast of gunpowder the Radtagast is crippled with more than 90% of her hull gone and the Quetzalcoatl sinks below the waves. (After winning the final initiative I thought I had the Radtagast at my mercy-oops. I miscalculated and thought Radtagast was down to her last hull hit like Quetzalcoatl was, unfortunately she had two hull hits left and I only did one point of damage. A great end to a bloody battle that finished about as close as any one could be.) With their entire fleet lost, the only bright spot for the Dragon Lords is the captured cruiser Wizard-the secrets of the Shroud Mage technologies will soon be added to the master builders of the fleet .
Posted by Ushistoryprof at 7:48 AM