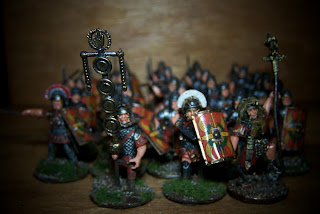 At the command of the centurion, the best trained soldiers of their world charge into their enemies. 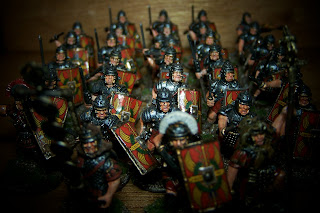 One of the most feared sights on the battlefield of 2000 years ago-Roman Legionaries on the attack. 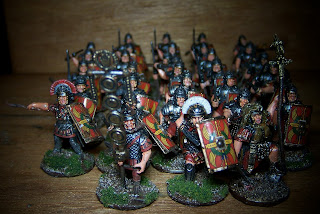 For almost two centuries the legionaries of Rome enforced the Pax Romana (Peace of Rome) a time where most of Western Europe and the countries of the Mediterranean Sea were at peace, without a major war. An accomplishment that has never been duplicated to this very day. 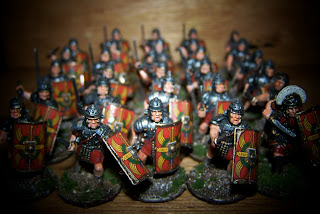 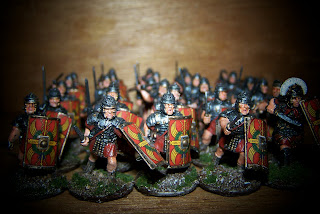 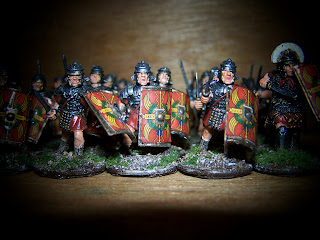 Apart from the metal command elements, these are plastic 28mm pieces from Warlord Games.
Posted by Ushistoryprof at 7:34 AM