From the Shores of Tripoli 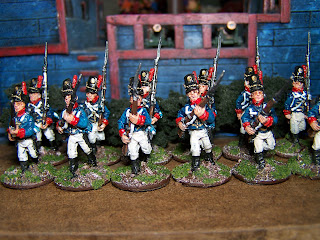 Heading for sea duty, a squad of US Marines prepares to board ship in the early adventurous days of the new 19th Century. 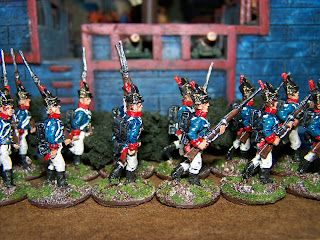 They might be heading to fight the pirates of Tripoli or assert America rights in the Quasi War with France. 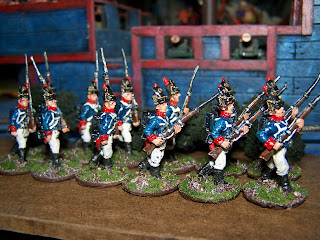 Perhaps the will be heading to New Orleans to stave off the British in the War of 1812 in the latter days of the Napoleonic Wars. Where ever they head the action will be hot and their mettle will be tested as they strive to uphold the honor of the Corps. 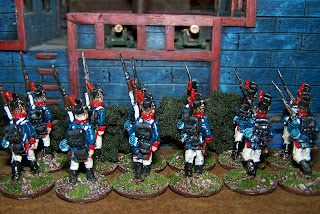 These 28mm metal pieces from Knuckleduster are the latest of my on going USMC miniatures project. If you would like to see the other USMC units from various conflicts just click on USMC Miniatures at the bottom of this post.
Posted by Ushistoryprof at 9:55 AM