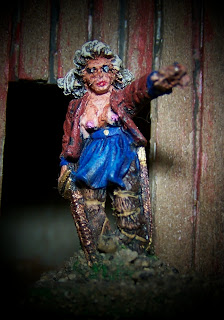 Angora Hexcastor is a survivor of many wars that have ravaged her country and she isn't going to take it anymore! 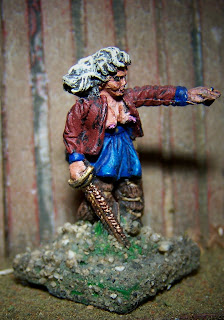 She is armed with a massive sword she took off the body of a cavalry trooper deserter who tried to take too many "liberties" at her expense. It was his last mistake. 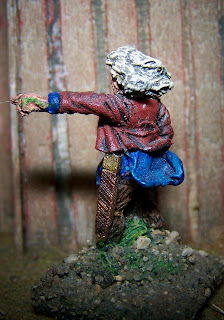 Angoa is an old (1970's), rather poor detailed metal Grenadier casting that I painted in the late 1980's.

Posted by Ushistoryprof at 6:49 PM