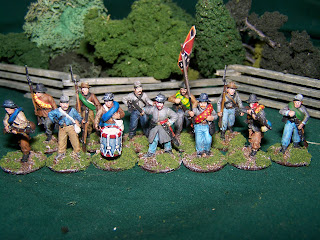 A Rebel squad of infantry from the 1st Kentucky Regiment gets into a firing line during the War for States Rights. 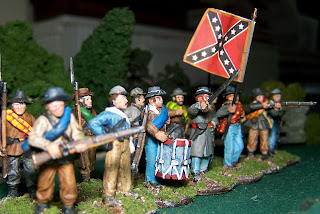 A standard uniform was virtually unknown for most CSA units after the first year of the war and this unit is no different. 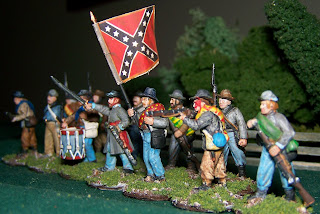 Wearing a combination of civilian, Confederate and captured Union clothing, these Johnny Reb's fight for their beliefs. 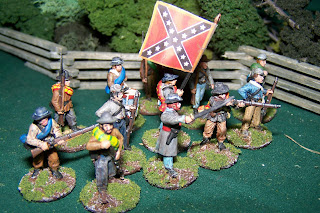 The men are armed with .58 cal rifled muskets and bayonets. The Lieutenat has a saber and .44 Colt Army revolver. 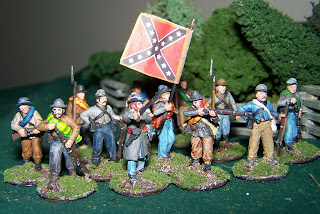 These are 28mm plastic Perry Miniatures.
Posted by Ushistoryprof at 9:23 AM