Skinners Horse-Guardians of the Raj 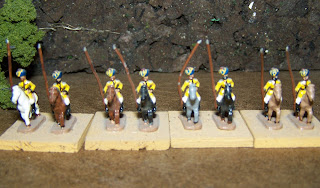 Throughout the 19th century the Raj relied on loyal native cavalry to protect the frontiers. Skinners Horse was just such a unit. 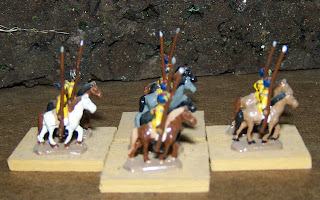 Armed with a carbine, sword and the deadly lance, Skinners Horse patrolled the frontiers and fought the enemies of Her Imperial Majesty. 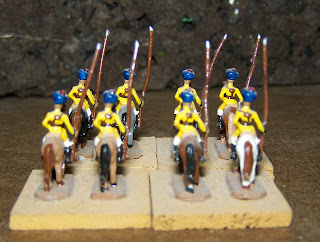 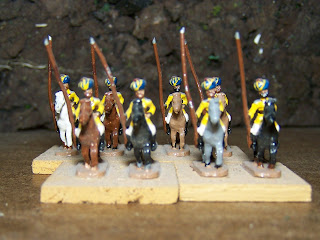 These were some of my first colonial figures I painted, they were painted with old Testors oil paints in July 1976. They are "N" gauge scale from Jack Scrubby's Toy Soldier Factory in Cambria, California.

Posted by Ushistoryprof at 6:25 PM