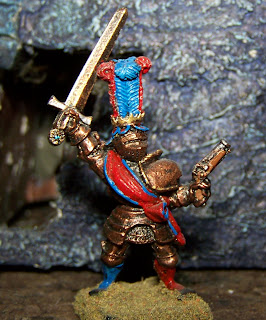 Captain Hiemlik is one of the thousands of mercenary officers who sells his skills to the highest bidder. With the constant wars that were raging through Europe he is rarely unemployed for long. 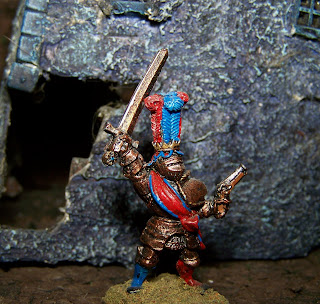 Armed with his trusty pistol and deadly longsword, Hiemlik is an expert at hand to hand combat. 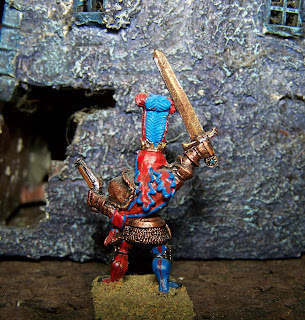 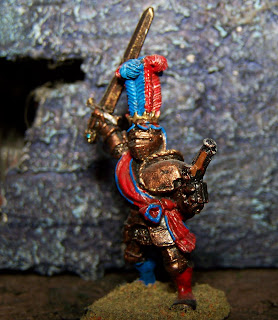 Captain Hiemlik is a metal Games Workshop figure that I painted in the late 1990's, for Tom's Imperial Warhammer Army.
Posted by Ushistoryprof at 7:12 PM