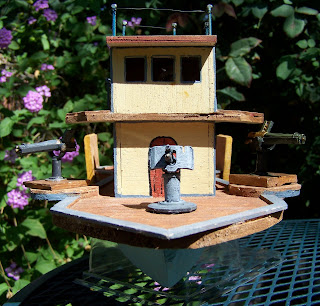 She's Back! Yes here is the Elizabeth with her recon/scout armament. The heavy firepower of the gunship configuration has been replaced with a light rapid fire 2pdr. Two one inch Gatling guns have been added to give her more close in firepower. For anti-personnel work a five barrel Nordenfelt machine gun is in the aft gun position. 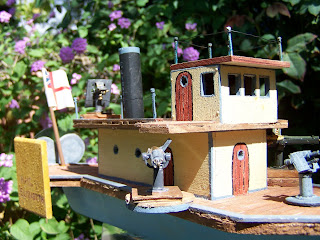 Removing the Royal Marine detachment and the heavy 100pdr cannon greatly lightens the ship, allowing her to attain much higher rates of speed. In this form she acts as the advance eyes of the fleet. 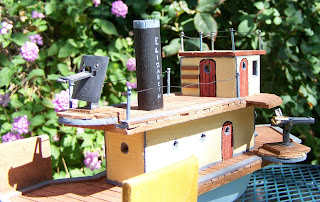 Posted by Ushistoryprof at 6:44 AM