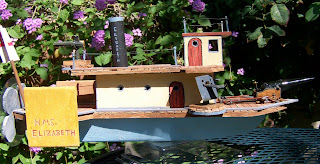 In the guise as a gunboat for Her Majesties Imperial Aerofleet of Mars, HMS Elizabeth is armed with a 100 lb smoothbore capable dealing devastating damage. For close in protection she is full armed with two fie barrel Nodenfelt machine guns and a one inch Gatling gun. 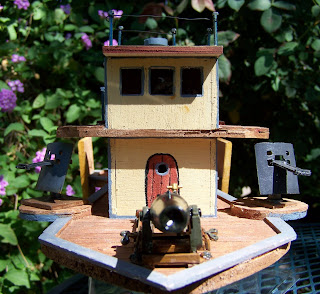 The Elizabeth is able to carry a squad of Royal Marines to enforce Her Majesties laws throughout the Martian Colonies. 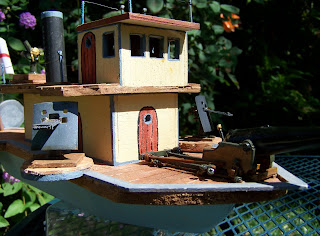 Using the latest steam and liftwood technologies, she can travel both the airways and canals of Mars faster than all but the fastest scout craft on that contested planet. 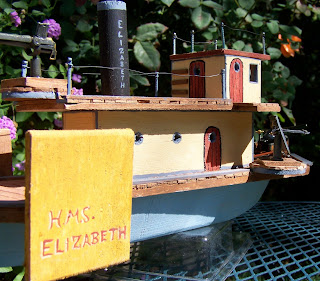 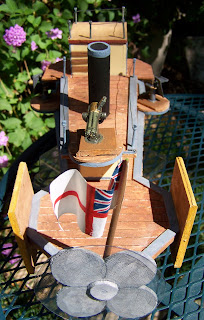 HMS Elizabeth was my first attempt at making a full scale aeroneff for 25mm figures. She is totally scratch built mostly from wood. She was made for my Space 1889 campaign of the late 1980's.
Posted by Ushistoryprof at 7:23 AM